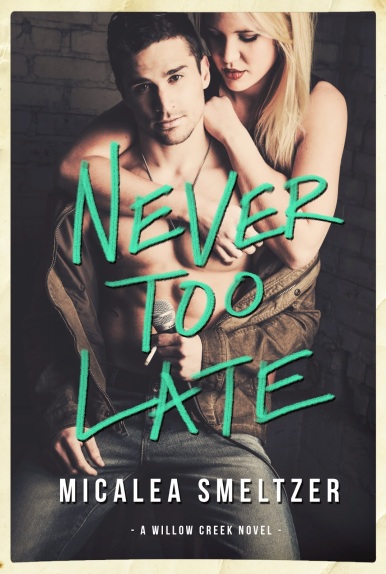 Never Too Late by Micalea Smeltzer
Willow Creek #2
Publication:April 21, 2015
Genre:New Adult, Music,Contemporary Romance
Purchase:Amazon / B&N
Source: ARC e-book given by Give Me Books Blog
I’d never met anyone quite like Mathias Wade.
He was brooding and arrogant, but I loved him anyway.
Together we were wild and uncontained—a hurricane raging.
Then I had to leave, and words were exchanged that could never be undone.
But now I was back, and Mathias better watch out, because this bitch wasn’t finished with him.
Game. Set. Match.
All is fair in love and war, right?Mathias Wade, the lead singer of Willow Creek, is used to getting everything he wants. Except for Remy Parker—the one that got away. Childhood friends that grew into more, Remy was the one constant in his life until she moved away. In anger, he lashed out and broke the only girl he ever loved. With temptation around every corner Mathias drowns his sorrow in women and alcohol. When the band returns to their hometown for the holidays the last thing Mathias expects is to run into Remy—but she’s back, and she’s not done with him.Remy never forgot Mathias or the pain he caused her. When she moves back to the place she grew up to take care of her ailing grandma her heart is set on revenge. She’s determined to make Mathias fall in love with her all over again—only this time she’s going to break his heart.But Mathias never stopped loving Remy—and she soon discovers that her feelings haven’t disappeared either.Can two people too stubborn for their own good overcome their own demons and find the love they always deserved? 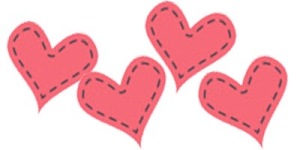 “This feels like when we were
younger,” he whispered. “Like no time at all has passed.” His words echoed my
previous thoughts.

Never Too Late is the second book in the Willow Creek series and I can tell you I loved it. This is also the first book in the series that has been turned into a New Adult book. This book had some great spunk and a nice edge. This book is still full on contemporary and also one of those cliché stories where high school lovers break up and then a few years later they find each other again and fall madly in love again 😛 but for me this book had a few twists. Yes it’s one of those cliché stories but I still loved it. It’s just who I am….. I love romance novels.

Now in my eyes this book deserves a full on five heart rating but I’m going to give it a 4 heart rating instead. Not because of what you think… I just loved the first book a little more and my expectations where set high for the next book. I don’t like liars so what Remy kept from Mathias was so bad in my eyes. I mean a person needs to know something that vital and he of course could have made her feel better, a person can’t go with something like that alone. 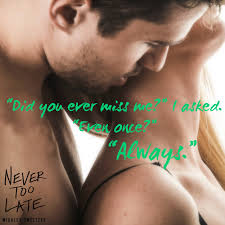 So you have already guessed this book is about two high school lovers that found each other again; but I’m still going to tell you what it’s about! So this story is about Mathias Wade, the singer of Willow Creek and also Maddox’s twin brother. Mathias was mean broody jackass who pushed everyone away in the first book and in this book he was still the same old guy but he slowly started to change when Remy came back into his life. Now Remy and Mathias so much alike in many ways so they fight like demon but when they make up, the fire ignites to burning point. Remy hated Mathias after he broke up with her. He told a load of lies to hurt her in the way that he thought she was hurting him. Let’s just say Mathias has a lot of abandonment issues and when Remy’s family moved to Arizona against here wishes he thought she was abandoning him. It took a while for him to trust that she won’t leave him again when she came back into his but her plan was one cruel plan… She wanted to make him feel the way she did when he broke her heart but she still loved him and could not go through with that plan.

Together they started trusting each other again and they become best friends once more where they can talk about anything to each other. Their relationship isn’t just a relationship it’s a friendship as well and that is what I love about a relationship…. You need to be best friends with the person you love. Though when Mathias found out Remy’s secret, she almost lost him. They nearly lost each other again but Remy’s grandmother and friends where very persistent and they made sure she never gave up. It just took a while for Mathias to get over that secret and now they don’t tell each other anymore lies. These two were made for each other. They understand each other and Remy is one strong woman who isn’t a pushover, she says her mind and some might not like her like that but she doesn’t care much about that.

All in all I love the book and the Mathias is actually a nice guy. My favourite moment of this book would be to see how overprotective Mathias got around his dog…. He can go real over board with his protectiveness. This was one fast and easy read and I’m sure I will love the other books in this series!

His voice lowered and rumbled against my body. “I know you very well, Remy.”
“Sex doesn’t count.”
He chuckled, his breath fanning against my neck. “Oh, Remy. We both know it was so much more than that.”
“Let me go.” I bucked against him again.
“That’s not allowed.” He growled.
“What are you going to do?” I taunted. “Tie me up?”
“I’m considering it.” His gray eyes were serious.
“What do you want with me?” I asked, my voice sounded breathless— not with want or desire, but with pain and suffering.
He leaned close and his delectable lips touched my ear. “I want you to stop haunting my fucking dreams.”
And then he let me go and walked away, like nothing ever happened.
Just like the last time. 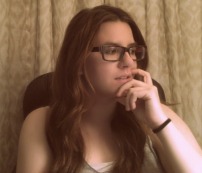 Micalea Smeltzer is a bestselling Young and New Adult author from Winchester, Virginia. She’s always working on her next book, and when she has spare time she loves to read and spend time with her family. 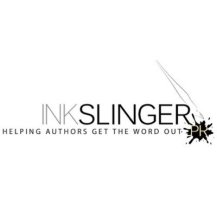 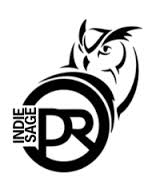 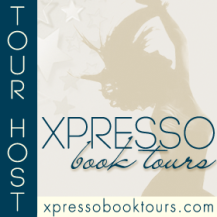 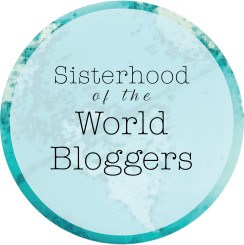