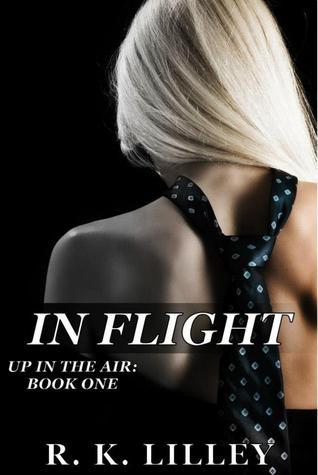 When reserved flight attendant Bianca gets one look at billionaire hotel owner James Cavendish, she loses all of her hard-won composure. For a girl who can easily juggle a tray of champagne flutes at 35,000 feet in three inch heels, she finds herself shockingly weak-kneed from their first encounter. The normally unruffled Bianca can’t seem to look away from his electrifying turquoise gaze. They hold a challenge, and a promise, that she finds impossible to resist, and she is a girl who is used to saying no and meaning it.

Bianca is accustomed to dealing with supermodels and movie stars in her job as a first class flight attendant, but James Cavendish puts them all to shame in the looks department. If only it were just his looks that she found so irresistible about the intimidating man, Bianca could have ignored his attentions. But what tempts her like never before is the dominant pull he seems to have over her from the moment they meet, and the promise of pleasure, and pain, that she reads in his eyes.
This book is intended for ages 18 and up.

James is perfect and the stuff he says has me swooning from the beginning of the book. Bianca had a bad past and has a tortured soul and she is having a harder time getting her feelings out because she scared her past might ruin it, even though we know her feelings for James.

One of my favourite parts from the book: “I’m going to ruin you.” he breathed. “I’ll be your first, and I’ll fuck you so thoroughly that I’ll be your last, too. You won’t want any other man after I’ve gotten my hands on you. Ever last inch of you.”

This book could have been longer and given more detail about their past but you can’t change anything about it now. This book had me torn a lot of times that why it’s not a 5 star because you feeling one thing and the next thing you know you jump into another feeling but I do wish there was a bit more dialogue between James and Stephan.

R.K. Lilley is the best selling author of the Up In The Air, and Tristan & Danika, and The Wild Side series. She lives in Texas with her husband and their two beautiful sons. She’s had a lot of interesting jobs, from being a first class flight attendant, to being a stablehand, but swears she never knew what hard work was until she had children. She’s been addicted to both reading and writing fiction since she can remember. She loves to travel, read, hike, paint, game, watch anime, and make the most of every single day. She is currently working on Breaking Him, Boss, and Crossing Fire, Book #2 of Heretic Daughter series.