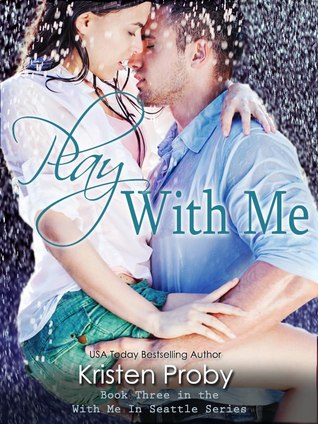 Will Montgomery is a successful professional football player and seemingly has it all. He’s not used to being told no, and certainly doesn’t take no for an answer. So when he turns his charms on his sister’s sexy rocker-chick friend Meg, he’s not only turned down, but met with open hostility, piquing his curiosity and libido. He’s determined to show her that he’s not the arrogant jock she thinks he is, and to get her into his bed.

Megan McBride is not impressed with Will Montgomery, his fat contract, fancy car, or his arrogant public persona. She doesn’t have time for a relationship, and if she’s learned anything in life, it’s that loving means losing, so she guards her heart ferociously. But she can’t deny the overwhelming attraction to the sexy, tattooed athlete, and when Will starts breaking down her defenses and grabs hold of her heart, will she be able to admit her feelings for him, or will her troubled past cause her to lose the first man she’s ever truly loved?

This book was a real amazing read I loved every moment of it. It was Sexy, sweet and very hot. This series just get better and better. I had to read all the books in the series and now I’m craving for more. What can I say sometimes a girl needs a nice romance book and this book is perfect for that.

This is the third book in the series. This is a book of Will Montgomery, Jules’s older brother who is a very famous and good football player, and Megan, a children’s nurse who went to college with Jules and Natalie.  Megan had trust issues because of her past and she does not willingly let someone into her heart but somehow Will weaseled his way into her heart by being kind and sweet to her and the children in the hospital.

“Yes, it’s early, but fuck Megan, all I do is think about you. You’ve gotten under my skin. I want to learn your body. I want to know what it feels like to sink inside of you … But I also want to know what makes you laugh. What pisses you off. What you’re passionate about. I just want to learn everything about you. You’re in my head, and I haven’t felt this way in a long time.”

I liked that Megan had this three date rule before sex and I really liked that Will waited till the three dates were up before having sex. I also love that Megan did not care that Will was a famous football player [she hated him in the beginning though he was an asshole], she was no gold digger and she does not like it if he buys her stuff it takes him a lot of convincing for her to accept it. I also like that she does not take any of his shit. He treated her like she is the only star in the world but sometimes he hurt her and I am so happy that Jules and Nat stood up for her even though Will is there brother they defended Megan(not going into that spoiler) . Will got her to sing again and with a little of Luke’s (spoiler not saying) and Will’s help she got to be with her brother again.

“You. Are. Amazing. Meg, I love a woman who looks like a woman. I don’t want to be worried that I’ll snap you in half, and when I lay on your stomach, I don’t want your ribs poking me in the face.”

I loved how their relationship evolved, how it was so difficult for Meg to open up and how Will treated her so damn well. She has a LOT of trust issues and it’s not easy for her to talk and show her feelings… she’s afraid. It was great to see her deal with them and try to get past them. Now I will not go any further because it’s about the same I said for the other books so I highly recommend it to all who loves romance books.

…“Do you know anything about football?” he asks, delighted with me, and I glare at him.
“Of course I do.”
“What position do I play?” he asks.
“Is this a quiz?”
“A little one.”
“ You’re the quarterback.”
“Who do I throw the ball to?” He ushers me out of the elevator and then leans against a wall and crosses his arms over his chest.
“Another guy in a blue and green uniform.” I respond confidently. “Usually,”…