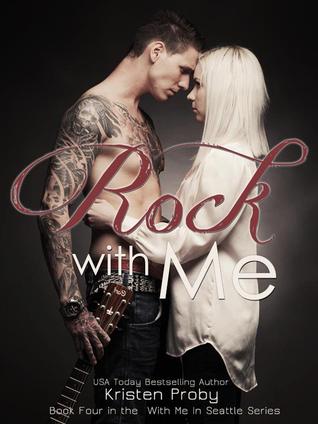 Front Man Leo Nash from the world-famous rock band, Nash, is the last person on earth Samantha Williams would trust. She’s already learned about loving a celebrity the hard way and isn’t signing up for another lesson.

Every time Sam gives Leo attitude, he wants to knock that chip off her fragile little shoulder. What the hell did he ever do to her, anyway? He’s not used to women treating him like he’s poisonous, and he isn’t about to let her run away every time he gets close. He’s had enough of people running away to last him a lifetime…when this one runs, he gives chase. But, catching Sam isn’t as hard as he thought.

The sexual attraction between them is so thick, Sam can practically hold it in her hand. There’s no way she can deny herself the promise of pleasure being with Leo would provide.

But, pleasure always comes with pain and when secrets are revealed and trust is challenged, who will run and who will chase?

This book is sexy, steamy and amazing rock star romance. This is another book that I really enjoyed and I would love to reread it soon. This book had me swooning all the time and I certainly could not put the book down.

“You. Are. So. Amazing.” His soft lips brush over mine, back and forth, over and over again as he begins to move inside me. “Rock with me, baby.”

This book is about Samantha Williams [Luke Williams older sister] we met her in the first book but we only now get to know her better, also Leo Nash who is Meg’s brother and we met him in Play with Me. They all officially meet at Will and Meg’s place where Leo is helping them move stuff in for Meg. The whole family was there (they are all tight nit) so that is where he met Sam. Leo Nash is the famous front man for the band Nash and he is a real rock star, Sam thinks he is hot but she does not want anything to do with someone famous because she has been burned before and she thinks she can’t handle it again. Sam is feeling unnerved by the sexy rocker, but we learn quickly that she uses wit, sarcasm and a sharp level of bitchiness to keep her defenses up.

That pretty much sums up Sam’s attitude towards Leo in the beginning. She does everything to stay away from him but Leo is persistent, there’s something about Samantha “with her light blonde hair and big blue eyes” that he can’t stay away from and somehow he breaks all her defenses she put up around her.

I loved these two relationships together. She’s a smack talking smart ass who easily banters with Leo and what I liked about Leo is under that tough looking, tattoo looking god like exterior, his a gentlemen who is really sweet and loving and I love it that he calls her sunshine. As they come to together you can see that they both not perfect, they both have baggage but they got over it somehow with each other’s help also with the help of their family. They both loved each other and for them loosing each other was more freighting than what the paparazzi would say and somehow it help Sam overcome some of her fears.

“Her sweet, light scent is all around me. She smells like vanilla with a hint of lemons. Sunshine.”

Ultimately, this book is a very sexy read about being open to others, to love, to be loved. This fun, flirty and feisty group of friends and family is awesome and I love the unconditional support they have for each other! I have said it already I love this series and Kristen writes amazing books that you can feel how all the characters are feeling and what I like about it is the other still comes into the books.