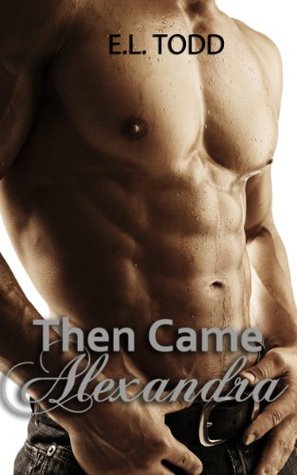 THEN CAME ALEXANDRA, THE FIRST BOOK OF THE SOUTHERN LOVE SERIES

After a horrific accident working as a nurse in the emergency room, Cassandra becomes reclusive to the world around her. Unable to be speak or function, she pushes away her boyfriend, Paul, of two years. Her distance causes him to spend time with someone else…the betrayal causes her to pack her bags and leave everything behind. She doesn’t know what comfort she’ll find in Savannah, Georgia, but she flees anyway.

After inheriting the most lucrative cotton field in the south, Blaise has to become a man early in life. He spends his nights with different girls, knowing they are after his money and his special abilities in the bedroom, but he makes a serious mistake with Danielle. Now she lives with him and he guards a secret that he promises to keep…even though that secret is destroying his life. When Cassandra comes into town, her smile and compassion evident, Blaise wants her, and not just in a physical way. Unable to keep his distance, he falls for her, not knowing how long he can keep his secret…

This book was a bit slow for me and some eye rolling moments. I hate giving less than stellar reviews but sadly this could only get a 3/ 2.5 stars.

This book was not one of my favorites it was okay. It started off a little slow where you were trying to figure out what Alexandra’s little secret was and if she will get over the fear. She decided to leave New York and go live with her aunt and start a new life where she met annoying friends for my taste and a hot guy. The moment Blaise and Alexandra met was like intent love for them. They did not show it at first but both where craving each other and both was keeping secrets from each other.

There relationship involves fast and slow  and I wanted to kill Blaise every time he lied to Alexandra I mean this secret is huge. He has a girl living with him and they dated each other, the rest of the town still thinks they dating and thats how he should keep it. Anyway, this all comes to a head and much to their mutual devastation. They break-up. No-one knows the truth in why he has to stay by his girlfriend and they have to keep it that way.  The book ends with a cliff hanger – and despite my constant eye-rolling and sighing throughout… I want to see what will happen next.

A New York Times and USA Today Bestselling Author, E. L. Todd is known for her sexy and hilarious romantic comedies. She lives in California with her husband along with her furry child, Sharktooth.

With eight bestselling novels, she’s appeared on the New York Times and USA Today bestsellers lists several times, and she’s sold more than 1.5 million books. Her books have been translated into several languages in different countries around the world. In the next few months, she’s releasing a special series she’s kept under wraps for awhile