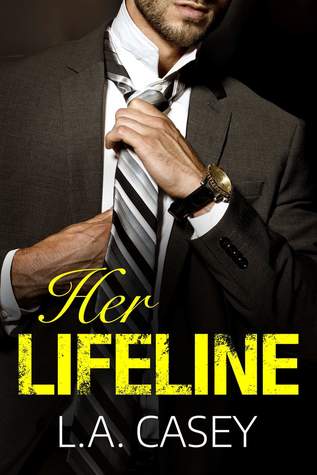 Erin has had a crush on her brother’s best friend Ward for as long as she can remember. But eleven years ago he disappeared from their lives – breaking Erin’s trust, and her heart.

When the person they both love most – Erin’s brother Tommy – is nearly killed in a terrible crash, she and Ward are thrown back together for the first time. Their lives couldn’t be further apart. Erin still lives at home, working two jobs and dealing with a series of family disasters. Ward, now a multimillionaire entrepreneur and a household name, seems determined to make amends – but it may be just too little too late. And while Erin can’t deny feeling a spark at the sight of Ward, is it a spark of love or burning resentment?

At odds with one another but forced to share their heartache, have Erin and Ward really drifted apart forever, or have they finally found the anchor they both so desperately need?

*I received this novel from NetGalley for an honest review.*

Alright so this is my first novel that I finished this year. Yippee for that :p Anyway this most probably will be a short review as I have so little time to type out my reviews because I am looking after my very sick and confused grandfather and books are the only thing that is taking everything of my mind. Though I can’t believe that I am saying this about one of my favorite authors but I actually struggled to keep reading the novel especially here at the beginning of the book. I mean I literally had to force my self to keep reading and if it was any other author, I would have given up long ago but as I said before L.A. Casey is one of my favorite authors.

Yes this book was full of emotion and drama like all the other books from this author but it did not pull me in as much as it should have. Normally I don’t care about age between couples but for me having a crush already at the age of 11 is a bit to young and Ward was 19 and I mean that is a huge age gap and I really don’t see a 19-year-old going for someone that young. The age in the beginning was just plain weird for me. Them meeting again when both are much older was so much more natural for me and just plain better in my eyes. Like I said I don’t care about the age gap {well in my eyes no older than 10 years} but both needs to be off age.  And Ward left when Erin was still 11 so how can he have feelings for her when they haven’t seen each other in such a long time. I mean its just creepy if you liked an 11-year-old romantically because Ward saw her last when Erin was 11.

Another thing that I did not like that much was all that Scottish dialect. I mean I love hearing the dialect but reading it was just so different for me that I did not enjoy it so much. The characters needed more depth for me, and there was so much heartbreak in this story for me. I mean I really wanted to love this story, I really did because this sounded like a good story but it just didn’t do it for me.

I really hate giving reviews less than 3 stars but sadly this novel only reached 2.5 stars in my eyes. I mean overall this would have good for if I did not struggle to figure out all those Scottish dialects and too much sadness. Don’t get me wrong I will read sad stories but now was just not a good time for me. Sadly, this book just was not for me, though I can still say that L.A. Casey is one of my favorite authors because me not liking this book that much will not change me loving her other novels.

L.A. Casey is a New York Times and USA Today bestselling author who juggles her time with her mini-me and writing. She was born, raised and currently resides in Dublin, Ireland. She enjoys chatting with her readers, who love her humor and Irish accent as much as her books. 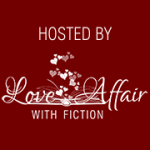